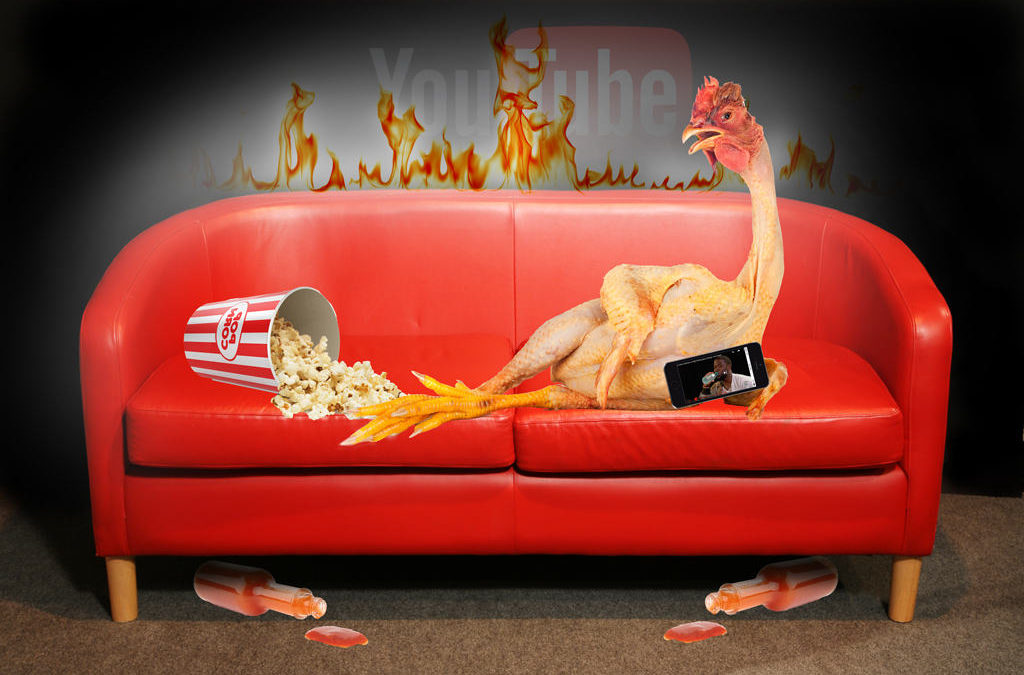 YouTube advertising—I’m obsessed with YouTube. It’s getting out of control. Last year I added YouTube to my long list of things I’m addicted to. It’s right up there under food and lying around in my bed. You can often find me in my bed eating eggs Benedict, peanut M&Ms, and popcorn, while watching YouTube naked. Boom, that last part was for the ladies! Naked, that part! It’s so bad that I sometimes have my phone in one hand searching YouTube, while watching YouTube on my TV. With YouTube, anything and everything you’re into is at your fingertips and there’s an endless amount of content to obsess over.

“Nothing good on” … nothing good “ON.” ON? Why would anyone in this day and age wait for something to be “ON”? Only stupidity can keep a person from watching what they want when they want it. When I hear people talking about “unplugging from the cable company,” I respond: “LOL, where you been?” We did that years ago when we got rid of home phones, milk delivery, and polio. The digital game has made it so that we can set up our digital lives the way we want to and live more quickly and easily, with everything at our fingertips—while naked and eating.

This in turn makes it easier to market products to people that they’re actually interested in, especially with YouTube advertising.

Some quick YouTube stats that I grabbed from Brandwatch:

See that last stat I grabbed: “The time people spend watching YouTube on their ‘TV’ has more than doubled in the last year.” That’s going to keep doubling. There isn’t a TV or media streaming device that doesn’t have a YouTube app. If I’m watching any media on a TV, I’m most likely naked, in bed eating, and using an Apple TV to watch any one of my over 150 subscriptions on YouTube. Occasionally I’ll rent a movie from Apple or start Netflix to see if the second season of Stranger Things has appeared. Really, though … where the hell is it???? It’s got to be the best show of 2016 on Netflix. Anyway, back to YouTube. To sum it all up, if you’re questioning whether YouTube advertising is for you, just know you are already late and its going nowhere but up.

Now for the best YouTube series you’re not watching: Hot Ones. It’s got even less of a production budget than I get for client shoots. The premise is this: get a celebrity to come on the show, sit down with them, and eat 10 hot wings, the first one being the mildest and the tenth being the hottest. In between each wing, ask them “hot” questions. If they make it through, they get 30 seconds to promote themselves.

Some of the celebrities have included Jim Gaffigan, Kevin Hart, James Franco, Bryan Cranston, Rachael Ray, Bobby Lee, and my favorite, Bert Kreischer (the guy Van Wilder was based on). You’ll notice quickly that this mostly includes comedians, chefs, and people from the rap industry, with some actors sprinkled in. I mean, Ja Rule is on it!! Ya feel me? Oh, Rachael Ray. Yeah, she is a straight-up gangster. She opts out of eating the wings because she is a chicken wing snob and just uses spoons to administer the hot sauce. This woman is a legend and now sits at my imaginary table of badasses I want to meet. If you like hot sauce or watching celebs squirm, check out Hot Ones. Also, be warned—this is NOT for kids, and don’t judge me (actually, go ahead, judge me). 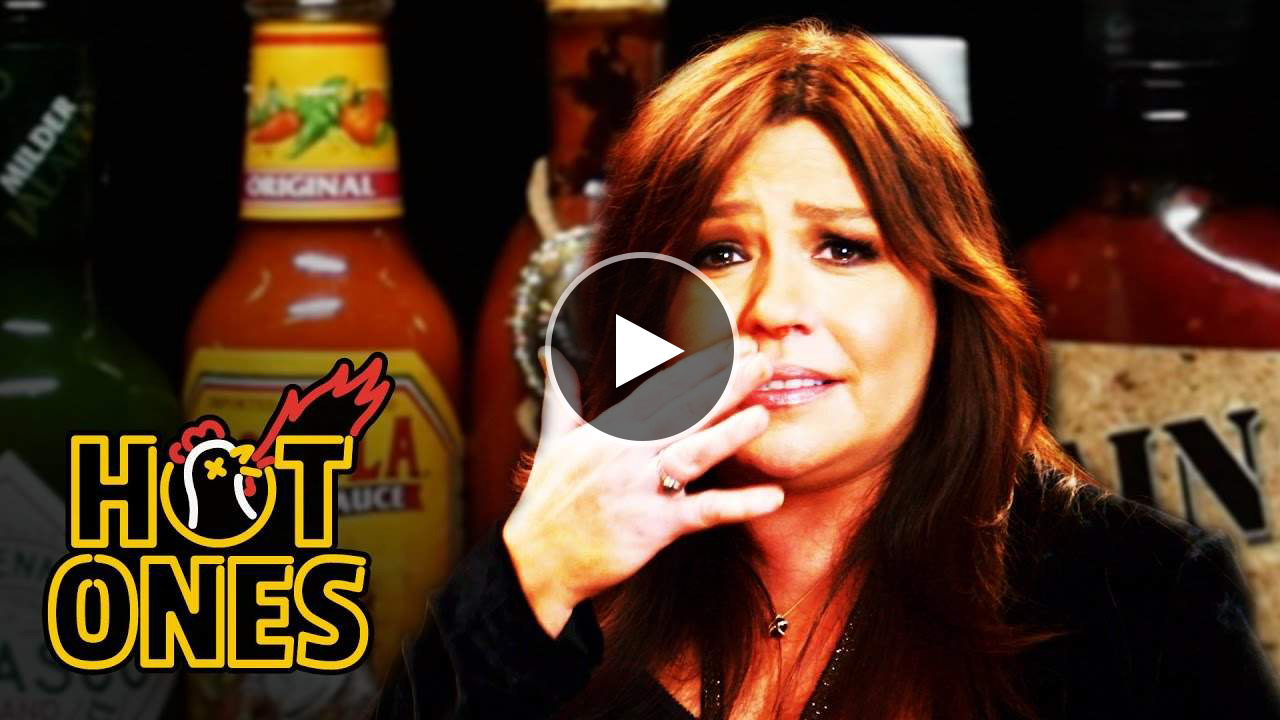 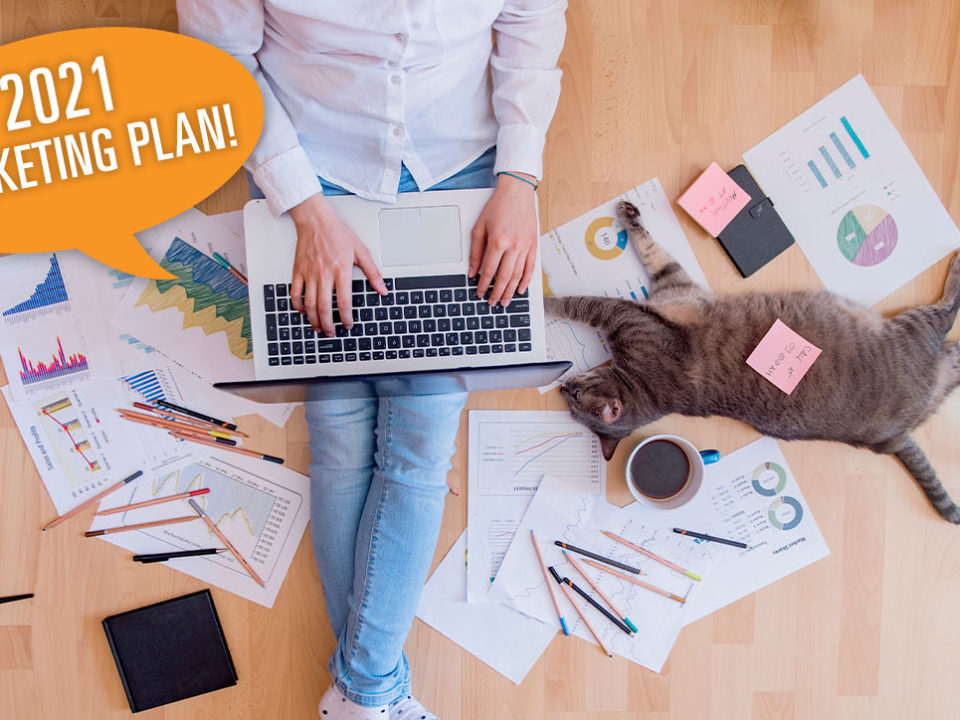 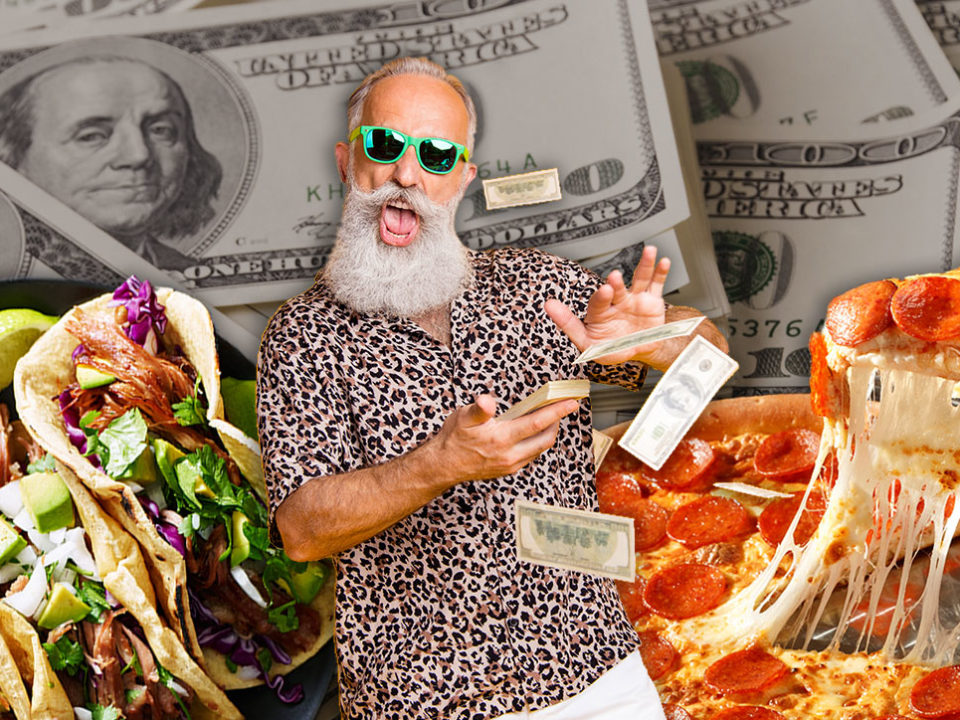 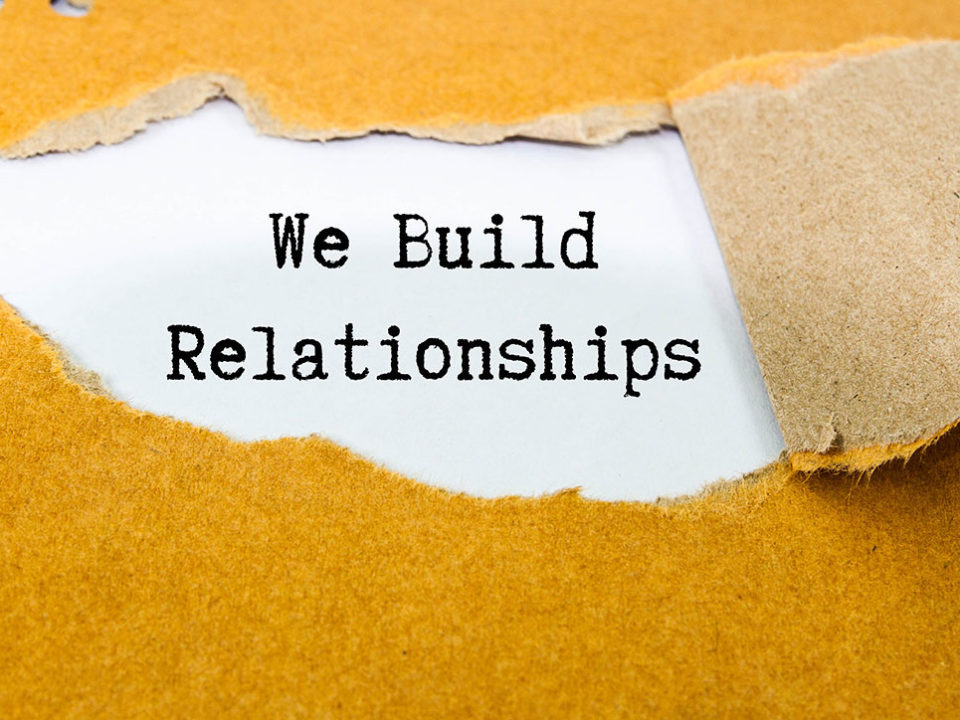